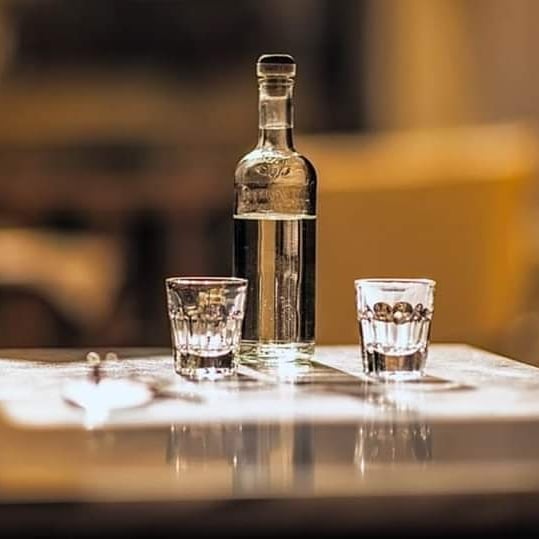 Zivania or zivana is a Cypriot pomace spirit produced from the distillation of a mixture of grape pomace and local dry wines made from Xynisteri and Mavro grapes. The name of zivania is derived from zivana which means pomace in the Greek dialect of Cyprus. Cypriots consume zivania throughout the year. During the summer, zivania is served ice cold and usually it’s not consumed alone. Typical side dishes served are dried nuts, shoushoukko or small appetizers like Cypriot sausage, smoked lountza and tsamarella. It was and still is one of the main alcoholic drinks Cypriots consume.

When zivania is left to age, it gains stronger flavor and aroma. Aged zivania is highly valued and is kept for consumption during special occasions or as a welcoming treat for visitors. You also have the opportunity to taste a large selection of Zivania at the annual Zivania festival that happens on the island.